PRE N’ CES Apartments is a household name in Amapola Subdivision, Lipa City, Batangas. They have made a name for having the most number of apartments in the said area. The owners approached G Cube Design + Build Inc. because they were referred by the mother of one of our clients, the owner of Al Hajeri Building (commercial and dialysis center) in Rosario, Batangas.

They said they have spoken to a lot of designers/contractors, but would love us to do this apartment for them. During our first meeting, they asked our advice if they should just retain their existing one-storey apartment and build on top of it, but as designers and engineers, we have advised them to demolish the entire establishment instead as it will not be structurally sound. They obliged and our team went on to design several schemes and presented it to them.

The result of our several meetings was a minimalist modern apartment that stands out from the rest of Amapola Subdivision. This 3-storey building with a floor area of 470 sqm. houses 14 units of leasable space with 2 bedrooms, living room, dining room, kitchen, laundry area/balcony and toilet and bath and 2 units of commercial spaces facing the road.

The original design as rendered was not constructed as per actual however because the client changed their mind of having the stairs exposed from the front façade of the building. They wanted the conventional type of staircase whereby it is hidden in sight and located at one part of the building.

G Cube believes that the client is king because they are the ones who will be using it or leasing it out so we agreed, but then the fire exit would be fully exposed at the front façade. G Cube designed a nest type of steel design to hide these fire exits and thus what was once an eyesore now became a distinct design pattern for the building.

Ventilation of all the units are not a problem as G Cube carefully planned the areas in such a way that all of the rooms would have a window. Laundry areas which are almost always a problem especially for condominium units and apartments are not a problem with this project because we have provided ample space specifically for that purpose.

This project has been receiving good reviews since completion from both the owners and the tenants. 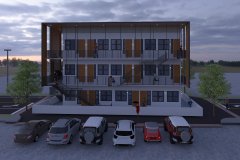 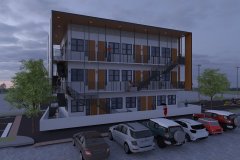 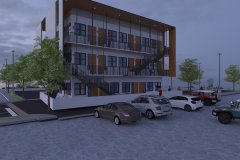 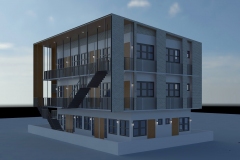 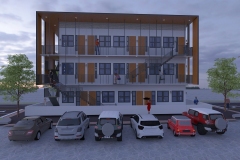 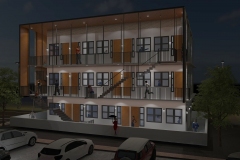 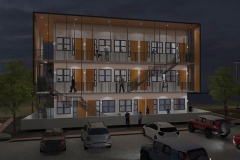 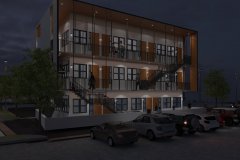 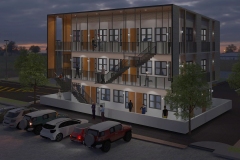 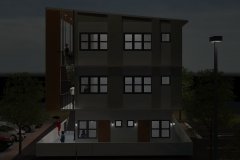 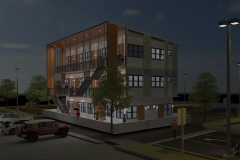 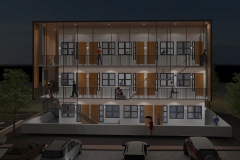