CRATE is owned by a group of eight young professionals and entrepreneurs who spearheaded the concept of having an up-scale Japanese-Korean Restobar. One of the owners is the CEO of G Cube Design + Build Inc. – Arch. Mariethel Garing – and is inevitably, it was designed so by her.

The concept is to have a rustic modern feel. G Cube incorporated the use of light frame and raw materials such as I-Beam, steel, wood and concrete. Japanese architecture boasts of its minimalist appeal which is also evident in the design of crate. Natural earth colors were used such as black, grey and brown.

The restobar is a two-storey establishment and has a floor area of 70 sqm with a seating capacity of 70-75 people. It is safe to say that the CRATE design became a prototype or inspiration for the design of most of the food establishments at food parks in Lipa City, Batangas with its functional, simple and modern approach. 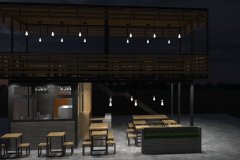 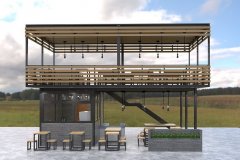 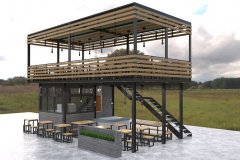 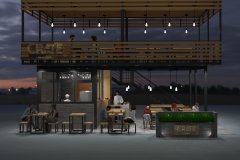 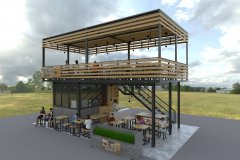 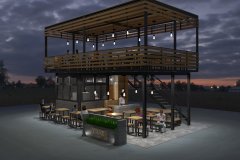 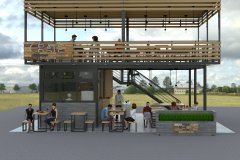 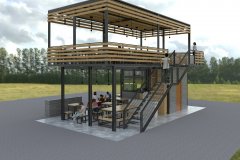 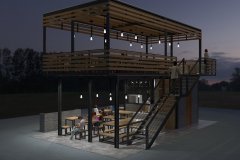 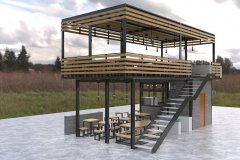 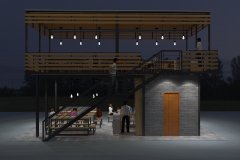 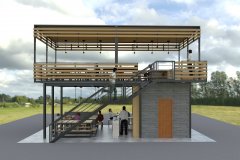 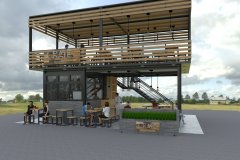